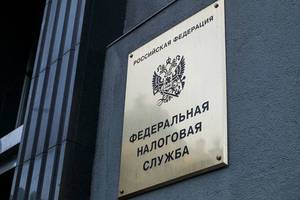 Individual entrepreneurs who fell under partial mobilization will be exempted from paying insurance premiums for mandatory pension and medical insurance.

This is stated in the response of the Ministry of Finance of the Russian Federation to the request of the head of the Federation Council Committee on Economic Policy Andrei Kutepov. As TASS explains, the senator asked Russian presidential aide Maxim Oreshkin and Deputy Prime Minister Dmitry Grigorenko to resolve the issue related to the exemption of mobilized individual entrepreneurs from insurance premiums.

“Based on the current provisions of the Tax Code of the Russian Federation, payers of insurance premiums – individual entrepreneurs do not calculate and do not pay insurance premiums for mandatory pension and medical insurance, in particular, for the period of military service on conscription, during which they did not carry out entrepreneurial activity” , — indicated in the response, signed by Deputy Finance Minister Vladimir Kolychev.

It is clarified that individual entrepreneurs who do not carry out their activities during the period of military service due to mobilization are thus exempted from paying insurance premiums for mandatory pension and medical insurance for this period.

Formerly “Expert” wrote aboutthat the government has developed a plan of priority actions to ensure the functioning of the Russian economy in conditions of partial mobilization. It was approved by the head of the Cabinet of Ministers Mikhail Mishustin. Among the support measures are tax deferrals and credit holidays for entrepreneurs called up for military service as part of partial mobilization and a number of other concessions.

The Ministry of Finance allowed the exchange of assets frozen in the European Union and Russia (November 25, 2022)