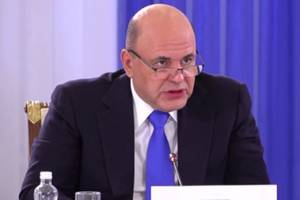 Speaking at a meeting of the CIS Council of Heads of Government in narrow format, Russian Prime Minister Mikhail Mishustin announced the need to accelerate the transition to national currencies in mutual settlements in the Commonwealth.

The video of the speech was published by the Telegram channel of the Russian Foreign Ministry.

According to the prime minister, recent months have shown that “emphasis should be placed on one’s own capabilities”, as well as on expanding business contacts, strengthening technological independence and financial sovereignty within the CIS, which requires “an accelerated transition to national currencies and the rejection of the dollar in mutual trade “. The head of the Russian Cabinet pointed out, among other things, the importance of introducing their own systems for the transmission of financial messages “which simply will not depend on anyone, including Western countries.”

Mishustin expressed confidence that such a strategy would rule out abuses in the new global financial infrastructure and would effectively and safely dispense with the dollar “or other so-called reserve currencies” in international transactions. “Moreover, by using the dollar as a weapon, the West has generally discredited the institution of international financial reserves,” the Prime Minister stressed, stating that the world economic system is going through a difficult period. “The main reason is the desire of the collective West to increasingly use protectionist measures and unilateral illegitimate sanctions, including against Russia and Belarus,” he stressed.

The prime minister noted that against this background, interaction within the CIS continues to develop, and an important step in this process should be the soonest completion of negotiations on a draft agreement on free trade in services, establishment, activities and investments. “It is designed to protect the rights of investors and the interests of states, to create a favorable investment climate using the best world practices,” Mikhail Mishustin explained.

He drew attention to the fact that last year Russia’s trade with the CIS countries increased by more than 30%; exports increased by almost a quarter, exceeding $65 billion; imports grew by 25%, to almost $32 billion. For 7 months of 2022, Russian foreign trade turnover with CIS members grew by almost 6%.

The day before, on October 27, the head of VTB Andrey Kostin called the refusal of settlements in dollars and euros in Russia an irreversible process, and stressed that the priority for the Russian Federation is the transition to settlements in national currencies with trading partners. The head of Rosneft, Igor Sechin, made a similar statement. “We are seeing the desire of states that want to preserve their sovereignty to abandon settlements in dollars. This process has been launched, and it is irreversible, ”RIA Novosti quotes Sechin.

Since the beginning of 2022, 320 sites have been allocated in Moscow for infrastructure facilities – Yefimov (October 29, 2022)

Mishustin invited the SCO countries to create their own settlement system (November 1, 2022)