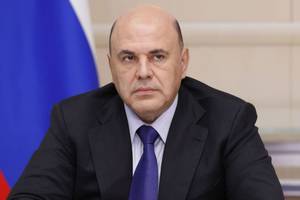 Russia proposes to create in the countries of the Shanghai Cooperation Organization (SCO) their own system of electronic exchange of financial information and bank payments. National platforms of interbank telecommunications can be used as backup channels for mutual settlements, Russian Prime Minister Mikhail Mishustin said at a meeting of the Council of Heads of Government of the SCO member states.

“Another common task is to achieve independence from the influence of third countries in the financial sector. To this end, we propose to create in the SCO its own system of electronic exchange of financial information and bank payments. We consider it possible to use national platforms of interbank telecommunications as backup channels in mutual settlements. Such an integrated approach will create more predictable, understandable and reliable conditions for our entrepreneurs, ”the press service of the Mishustin government quotes.

He also noted the need to accelerate the transition to national currencies. It is precisely such calculations that will gradually begin to dominate – “such is the logic of the sovereign economic and financial policy of the multipolar world,” Mishustin emphasized.

In addition to the Russian Federation, the SCO includes India, Kyrgyzstan, Kazakhstan, China, Pakistan, Tajikistan and Uzbekistan. Four more countries: Afghanistan, Belarus, Iran and Mongolia, have the status of an observer state at the SCO.

Shadayev appreciated the work of the Max robot on the public services portal (November 27, 2022)

Named the most popular computer games in Russia