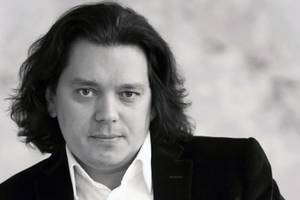 Conductor Igor Razumovsky: “The program on October 30 will feature favorite and recognizable melodies from films. Basically it will be waltzes and dances. There is a lot of film music in the MGASO repertoire, it is quite difficult to select what will be included in one program. In the first part you will hear the music of foreign composers, in the second – works of Russian film music – it will be Shostakovich, Prokofiev, Sviridov, and Khachaturian. The program is extensive and interesting, I am waiting for you at this wonderful concert of MGASO!”

Film music makes up a significant part of the MGASO repertoire, which includes both “golden hits” and “cream” of movie soundtracks, as well as musical rarities known only to inveterate music lovers.

“Monotonous and crazy, like a whirlwind of young life, the waltz whirls noisily, couple flickers after couple …” – this is how Alexander Sergeevich Pushkin wrote about the waltz in Eugene Onegin. The reputation of the waltz has undergone drastic changes since Pushkin’s time: from an overly free dance that encourages close rapprochement of waltzers, the waltz has long become a classic and conquered concert halls.

In Russia, the waltz gained popularity despite the dissatisfaction of the royals and hypocrites, who considered the dance too frivolous. In the 19th century, the waltz was danced not only in the halls of aristocratic palaces, but also in the living rooms of merchants. European travelers recognized that the Russians were real masters of the waltz, and they danced it with such speed, dexterity, almost airiness that neither an Englishman, nor a German, nor a Frenchman could stand. It is not surprising that with such a love for the genre, the waltz also conquered the cinema as soon as the Great Mute became sound.

The choice of the conductor for the program is not accidental. Igor Razumovsky devoted a huge part of his professional activity to working with percussion instruments and scoring films, so the maestro has his own sense of film music.

Russian Foreign Ministry: Britain handed over underwater drones to Ukraine to carry out a terrorist attack in Sevastopol (November 3, 2022)

Vladimir Efimov: an investor from Arkhangelsk will be engaged in the redevelopment of the Tyoply Stan industrial zone (November 25, 2022)