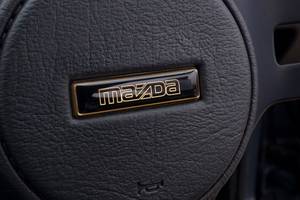 Mazda and Sollers have agreed to transfer to a Russian group a share of a Japanese automaker in a parity joint venture in the Far East — Mazda Sollers Manufacturing Rus (MSMR).

This is stated in Mazda’s financial report for the second quarter.

It is specified that the corresponding agreement was signed on October 24. The transaction will be completed for a symbolic cost of 1 euro and implies the possibility of the Japanese concern buying out a stake in the joint venture over the next three years. The transfer will be made immediately after receiving the approval of the relevant authorities, according to a press release. Mazda will reportedly post a loss on the transfer of 12 billion yen, or about $82 million.

The Japanese company points out that after the cessation of supplies of spare parts to MSMR and the suspension of the JV activity in the spring of this year, it continued negotiations with the Sollers group, but did not see any opportunities to maintain business in Russia.

Sollers confirmed that they are buying out Mazda’s stake in a joint venture in Vladivostok. “We are preparing to launch new products at the facilities of the site next year,” Interfax was told in the press service of the concern.

According to the Association of European Businesses (AEB), Mazda sales in Russia in 2021 amounted to 29.177 thousand vehicles (+10.6%). The company’s market share was 1.8%. According to the results of 10 months of the current year, sales of the Japanese concern decreased by 63.7% to 8.494 thousand units.

Overall, passenger car and light commercial vehicle (LCV) sales in Russia decreased by 62.8% in October 2022 compared to the same month in 2021.

Konashenkov announced the successes of the Russian military in the main directions of the Northern Military District (November 5, 2022)