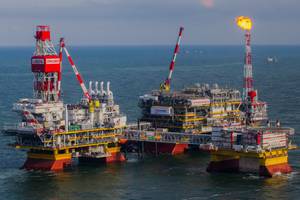 For the nine months of this year, the net profit of the Russian oil company LUKoil under RAS amounted to 647.9 billion rubles.

This is evidenced by the company’s statements, reports TASS. It is noted that the figure is more than 2.2 times higher than the data of the same period last year.

In September, Russian President Vladimir Putin allowed Lukoil and the Gazprombank-Freesia fund to acquire shares in Enel Russia, a generating company owned by Italy’s Enel. Amount closed on October 12 deals on the sale of 56.43% of the shares amounted to € 132 million – according to Kommersant, this is 27% lower than the cost of the package on the Moscow Exchange.

Natura Siberica will launch its own research and development center (October 28, 2022)