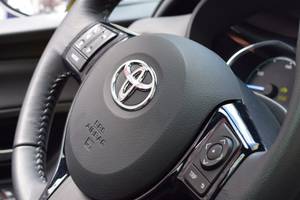 The expenses of the Japanese auto giant Toyota Motorrelated to the cessation of production of cars in Russia will amount to 97 billion yen, that is, more than $650 million.

This is stated in the company’s financial report for the second quarter of this year.

As noted in the Ministry of Industry and Trade of the Russian Federation, the company will continue after-sales service for Toyota and Lexus cars in Russia and will maintain a local dealer network. It was reported that the automaker is studying possible scenarios development of the St. Petersburg site with the city administration.

Representative office of Toyota in Russia – Toyota Motor LLC – was registered in 2001; Russian President Vladimir Putin participated in the ceremony of laying the first stone at the site of the future enterprise. The production capacity of the St. Petersburg plant put into operation in 2007 is 100,000 vehicles per year. The enterprise in Shushary produced the RAV4 and Camry models under a special investment contract (SPIC) concluded with the Ministry of Industry and Trade of the Russian Federation, according to which Toyota was to allocate 20 billion rubles for the project.