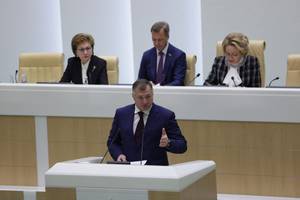 Speaking at the Federation Council, Deputy Prime Minister Marat Khusnullin said that 84.36 million sq. meters of housing, which is 16.7% more than in the same period last year. By 2030, it is planned to build 1 billion “squares” of “affordable” new housing and carry out an “unprecedented modernization of housing and communal services systems,” he wrote on his Telegram channel.

During the government hour, the Vice Prime Minister also spoke about the upcoming work to restore infrastructure in new regions of the Russian Federation. According to him, a three-year construction plan has already been drawn up there. More than 6,200 objects are currently in operation, about 3,500 have already been commissioned.

“I want to thank the builders who are now working in these regions, and there are already 44,000 of them. We can honestly call it the largest construction site in the country,” Khusnullin added.

Cryptocurrencies collapsed due to a liquidity crisis on the FTX exchange (November 9, 2022)