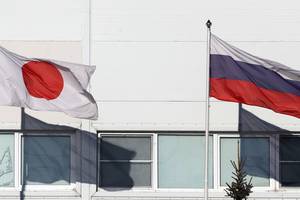 Japan is known to be almost entirely dependent on energy imports. This means, Masahiro Okafuji, the head of the large Itochu trading house, is sure that she cannot live without Russian hydrocarbons. Okafuji spoke about the dependence of the Land of the Rising Sun on oil and gas from Russia in an interview with the Financial Times.

The head of Itochu, whose main shareholder, by the way, is Warren Buffett, believes that Tokyo will continue to buy energy from Moscow if it receives support for its position from the United States and the European Union.

“Unlike Europe or the US, Japan depends on the import of almost all energy resources,” Masahiro Okafuji emphasized. “This means that even sanctions cannot force it to break ties with Russia. The reality is that we cannot survive unless we continue to import (energy) from Russia. Even if it’s on a smaller scale.”

The opinion of Masahiro Okafuji is heeded in Japan. He is one of the most authoritative, charismatic and aggressive businessmen in the country. Masahiro has never made a secret of his criticism of attempts to force business to put the interests of geopolitics ahead of the interests of trade.

Recently, a new term “friendshoring” has been popular, meaning cooperation and establishing business ties and supply chains only with friendly countries. For Japan, the United States and Europe are such friendly countries. However, excessive interest in friendsharing carries certain risks.

“These (risks) are inevitable,” Okafuji said, “but if this trend continues, it will weaken companies’ investment appetite and their ability to innovate and compete. Therefore, friend-shoring is bad for the global economy.”

Japan, we recall, fully supported the Western “friends” and joined the sanctions against Russia. However, she did not withdraw from huge energy projects in Russia due to dependence on Russian energy carriers. The share of liquefied gas from Russia in the gas balance of Japan is almost 9%, and oil – 4%. The Japanese government, Itochu and the Indian company ONGC Videsh remained investors in the Sakhalin 1 oil and gas project, which, by the way, ExxonMobil left. Vladimir Putin signed a decree in October establishing an operator headed by Rosneft.

Despite Russia’s isolation in Western markets, there are plenty of ways for Moscow to remain an energy supplier, Okafuji said. The key to Moscow’s success is strong demand for Russian oil and gas from such giants as China and India.

The Kremlin commented on the resumption of Russia’s participation in the grain deal (November 3, 2022)