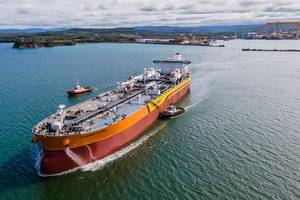 Demand for hydrocarbons in India continues to grow despite the crisis. New Delhi is relentlessly looking for suppliers who can buy them cheaper. After the recent major cuts in oil production by the OPEC + agreement, the Indians have become even more cooperative with Russia and Iran. Moreover, the presence of Western sanctions against Moscow and Tehran and the possibility of arousing the wrath of the United States and themselves falling under secondary ones do not really bother them. As Indian Foreign Minister Subramanyam Jaishankar said this week after meeting with Sergey Lavrov, India is quite satisfied with mutually beneficial cooperation with Moscow in the field of energy, and it will continue and expand it.

In October, New Delhi announced that it would diversify its suppliers in the event of the negative impact of OPEC+ oil production cuts. According to Indian Oil Minister Hardeep Singh Puri, such measures could harm large importers like India, which spent approx. 120 billion dollars. India, we recall, is the third importer of oil on the planet. It satisfies almost 85% of its needs through imports. The largest Indian importers Indian Oil Corp and Bharat Petroleum Corp buy oil not only from Russia and Iran, but also, for example, from Venezuela. They are looking for new suppliers to ensure the country’s energy security everywhere, including the United States, which is a major exporter of oil and petroleum products.

“We are preparing a back-up plan,” one senior Indian official explained to Oil Price.

Indian refineries, like India’s top diplomat, make no secret of the fact that they are willing to buy oil anywhere and anyone, as long as it is sold at a low price, regardless of whether the US and the EU approve of such a partnership.

Iran was a major oil supplier to India until new US sanctions were imposed on it in 2019.

“We have always talked about our readiness to strengthen economic ties with India,” explains Iran’s ambassador to India, Iray Elahi. “Now it’s India’s turn, we are ready to supply oil.”

By the way, in March-July, according to Tehran, Iran’s income from imports of oil and condensate increased by 580% compared to the same period in 2021! Of the countries that have expressed a desire to increase purchases of Iranian oil, Turkey and Afghanistan attract attention.

However, the most “problematic” oil supplier for New Delhi may not be Iran and Venezuela, but Russia, which became the main exporter of “black gold” to India in October. Last month, Moscow supplied India with an average of 946,000 bpd, according to energy analyst Vortexa. The explosive growth of Russian oil imports occurred after the start of the NWO in Ukraine, when it became obvious that cooperation in the field of energy was beneficial for both New Delhi and Moscow: the former needed cheap oil, and the latter needed money after European countries refused Russian oil.

Thanks to a significant discount on Russian oil, for many consumers, including, of course, India, it has become even more profitable and attractive than the oil of the former main suppliers from the Middle East.

Shares of oil Chevron rewrote the maximum, and “IT” Microsoft – the minimum (November 5, 2022)

The course on basic military training will appear in Russian schools in 2023 (November 9, 2022)