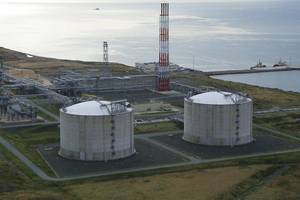 The State Duma Committee on Budget and Taxes approved amendments to the Tax Code, which provide for an increase in income tax for exporters of liquefied natural gas from 20% to 34% for 2023-2025.

According to Interfax, a clarification was made to the document, according to which the rate will rise only for companies that exported gas before December 31 of this year.

It is explained that the amendments were developed for the second reading of the bill on tax innovations, introduced along with the “budget package” at the end of September and approved by the State Duma in the first reading on October 18. Initially, the rate for LNG exporters was proposed to be increased to 32%, while the text of the initiative did not indicate that innovations would not affect new projects. Additional federal budget revenues from the innovation were expected to be 200 billion rubles. in 2023.

The current amendments assume that “for organizations that carry out LNG production activities and until December 31, 2022 inclusive, exported at least one batch of LNG on the basis of a license to exercise the exclusive right to export gas, in the tax periods of 2023-2025, the tax rate set at 34%. Also in the final text of the initiative it is written that the increase will not affect new projects.

It is specified that the amount calculated at a tax rate of 17% will go to the federal budget, another 17% will be credited to the regional.

The bill is to be considered in the second reading on November 10, the agency reports.

Trophies from the NWO zone were shown for the first time in Russia (November 5, 2022)

All airlines of the Russian Federation switched to booking systems developed by Sirena, Rostec and ORS (November 1, 2022)

Why there are not enough specialists in the field of communication technologies in Moscow (October 28, 2022)

The head of the Central Bank warned about the risks of a new, very attractive mortgage (October 28, 2022)