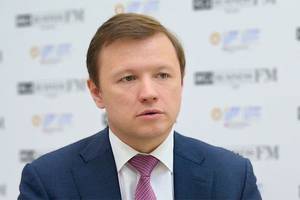 The former Kuntsevo industrial zone in Moscow is awaiting reorganization, which will be carried out by the city operator Integrated Development of Territories. It is planned to allocate more than 23 billion rubles for the renewal of the site. This was announced by the Vice-Mayor of Moscow for Economic Policy and Property and Land Relations Vladimir Efimov.

“The state-owned enterprise of the city of Moscow “Integrated Development of Territories” will reorganize a site with an area of ​​more than 21 hectares, which is located on Gorbunova Street in the Mozhaisk district, near the Moscow Ring Road. The planned investment in the project is estimated at 23.3 billion rubles, and the budgetary effect for the city is 1.6 billion rubles. After the redevelopment, new enterprises and infrastructure facilities will appear on the site, where 4.6 thousand people will be able to work,” said Yefimov.

At the moment, the territory is used inefficiently: there are warehouses, car services and an object of construction in progress. The right holders of the site will receive compensation in the amount of the market value.

268 thousand square meters will be built on the site of the former industrial zone. meters of real estate, said the Minister of the Government of Moscow, head of the department of city property Maxim Gaman.

“The entire site will be occupied by industrial and public and business buildings, including a logistics center with an area of ​​90,000 square meters. High-tech industries, an industry college, offices, banks, cafes and shops may also appear there,” he said.

In Kuntsevo, under the integrated development program, it is planned to reorganize three sites in the west of Moscow. The planning project for the first territory is being finalized, and a renovation agreement will be signed for the second site in the near future.

The Central Bank and Yandex taught Alice how to advise on financial matters (November 9, 2022)

At the first unit of the Rooppur NPP, installation of the domed part of the outer containment has begun (November 10, 2022)