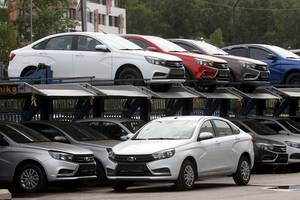 At the moment, Russia is in full swing developing new types and improving the quality of existing metal products for the automotive industry. But Russian car manufacturers emphasize that localization and import substitution in their industry is at an early stage.

The problems and prospects of these processes were discussed today during a meeting of the working group on the Intersectoral Program for the Development of New Types and Improvement of the Quality of Metal Products for the Automotive Industry for the Period 2018-2023 (MOP).

Dmitry Ruzaev, head of the Materials Engineering Department of the Research and Development Center of AvtovVAZ JSC, noted that for the past 20 years, in the automotive industry, contrary to the opinion of skeptics, they have been engaged in import substitution to one degree or another: what they were forced to buy was somehow mastered in Russia. However, we have to admit that about 75% of positions have not received analogues in the Russian Federation. One of the main reasons is foreign equipment and foreign materials used in the manufacture of parts.

At the moment, according to the expert, there are no difficulties for automakers in the field of flat products, which are mastered in the Russian Federation. At the same time, due to the large domestic demand for high-strength rolled products, AvtoVAZ is forced to turn to foreign manufacturers.

In addition, even before the start of the special operation, the company carried out a lot of work on the analysis of the domestic market. So, AvtoVAZ found out that local producers meet the declared specifications in terms of long products, however, given the current economic events, these grades remain unclaimed.

“At the same time, there is an age-old problem associated with the so-called “small tonnage”. There are several positions that are literally “stop” positions for us today. And we really just stand due to the lack of certain positions, since it is very difficult to solve procurement issues, logistics issues, and so on, ”said Dmitry Ruzaev.

For example, the expert mentioned in this context the front suspension springs. Hardened-tempered wire for their production was purchased from China and Korea; there is no analogue in the Russian Federation.

“Today, literally from the beginning of the military operation, manufacturers have urgently begun to master the production of suspension springs using the cold pouring method. And here there are several problems: firstly, it is very difficult to make rolled metal itself, and secondly, what is produced must be tested for durability. Suppliers have to, in fact, make a new design and then run it for a long time, exhaustingly, which takes time, ”complained Dmitry Ruzaev.

Now AvtoVAZ has two Russian suppliers and manufacturers of springs – OOO UPZ from Magnitogorsk and OOO NPTs from Izhevsk. Another one is under approval. But so far, according to the expert, the car plant is still using export rolled products.

“The problem that the manufacturer “sits” on imports also applies to mass positions. Recently, breakdowns of such parts, which also have high requirements for durability, have become more frequent. This suggests that it is likely that rolled metal suppliers are refusing to supply component manufacturers,” Dmitry Ruzaev added.

There is an acute issue of components, the manufacturers of which are not in the Russian Federation at all. For example, spring clamps of the engine and car systems. Moreover, it becomes obvious that so far in Russia there is not even material for the production of such parts. As a result, no one undertakes such expensive work.

Severstal takes over the market

Meanwhile, Severstal extended a helping hand to automakers. The company took on the task of producing an alternative to the three-layer metal-polymer-metal 1.25 mm thick, which was supplied from Sweden and used in the production of the Lada 4×4 cylinder head cover.

“The problem is that if we use other, conventional rentals, the level of noise emitted by the car will be exceeded. This will lead to a ban on the sale of such cars in Russia, according to the law. Unfortunately, we have not found anything yet, but we hope that the innovative development of Severstal will help us,” Dmitry Ruzaev summed up.

Another important issue from the point of view of import substitution in the automotive industry is the transition from the product of the Swedish Hoganas to the metal powder of Severstal.

“A lot of time was spent, but we managed to get a positive conclusion. We are in development for another type of parts made from a similar material. We must honestly admit that production is not based on a similar technology, we do not have such suppliers. Main goal: to find powders similar to Hoganas in China. And then see what we can “squeeze” out of Severstal powders,” concluded Dmitry Ruzaev.

Sergey Manegin, Deputy General Director for Production at TsNIIChermet, noted that at the moment Severstal is the only industrial producer of metal powder that exists in Russia.

“We realized that there are no quick solutions and no way out of this situation. And the methods of capping will not be able to solve this. We need to look for new technological solutions. It is necessary to rely on what Severstal has in terms of output, hone technologies, help them and reach a qualitative indicator. It is necessary to start developing new powders on the basis of Severstal, the old technology has been lost. Severstal alone is trying to restore production, and they need help, not to wait for the result tomorrow, but to look for joint leverage, ”he said.

Oleg Kozhnikov, a representative of Severstal PJSC, emphasized that the company has been producing powders since 1991. At the same time, the division of the market between Severstal and Hoganas was clearly visible. “And when they left, the question arose of what to do with it. We do not have our own equipment, although earlier we had a development with NIIchermet. Now the competencies are lost,” he said.

Severstal came up with its own technology. Sufficiently pure ore gave plastic powder. And on the basis of this, a technique was created for spraying cast iron with air into water. The representative of the Russian company stressed that their development is different from the Swedish version.

“At one time, we conducted an analysis of what we will do next. It turned out that our manufacturers use an average of 2-3 kg of powder in cars, while Western manufacturers use about 10 kg. The potential is about 200%. And we are working in this direction,” stated Oleg Kozhnikov.

Import substitution vs “replacement by China”

In an exclusive commentary to Expert, Dmitry Ruzaev noted that the main problem that Russia has not been able to solve for decades and that slows down the entire automotive industry is the lack of necessary materials.

“We already have enough ready-made components and local capacities. The issue is that they make it from imported raw materials. In addition, at the moment, almost everyone has left the market, only we and GAZ are left for manufacturers. Production of this type is complex, and although we will learn how to do everything in Russia at once, it will be unprofitable for a small number of buyers to keep it,” he said.

The expert recalled that the automotive market in Russia is too small for the same metallurgical business.

“And no one wants to change that. As a result, we switch from European imports to Chinese. We practically do not have parallel imports, because everyone knows where the products go. We are developing new directions, we are looking at Iran and India. Purchased products are of varying quality. If we want to take it under our tasks and adapt it, we need money. And who is interested? In good times, our consumption was less than 5%. Despite the fact that in Europe, this is the most marginal business. Everyone ran after the auto industry on their hind legs, with us it’s the other way around. On the other hand, own auto industry is important. Its presence increases the technological independence of the country. In general, there are still a lot of questions and work, ”summed up the representative of AvtoVAZ.

It remains to be hoped that various industries will soon come to an understanding and meet each other halfway. Indeed, otherwise, import substitution will turn into a “replacement by China”, and our own development will continue to stall.

The Ministry of Defense of the Russian Federation announced the destruction of a large number of fighters of the Armed Forces of Ukraine in the Krasnolimansky direction (October 31, 2022)

Nokia has requested permission to supply spare parts to the Russian Federation from the American and Finnish regulators (November 8, 2022)

Mobilized citizens will count one day of participation in the special operation as two workers (November 25, 2022)