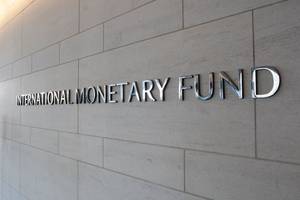 Experts from the International Monetary Fund (IMF) concluded that the global economy is facing the threat of fragmentation: due to numerous trade restrictions and the uncertainty they generate, a global trade split could occur. In this case, Asia will be the main victim, as it is a key player in the world’s production chains, according to CNBC.

The IMF study, in particular, states that if trade ceases in sectors affected by US sanctions on microchips, and non-tariff barriers of the same scale as they were during the Cold War are put in place in other sectors, the countries of the Asia-Pacific region may lose more than 3% of GDP, and enterprises on average will be forced to lay off 7% of the staff.

“If we talk about what will result in increased trade uncertainty and the implementation of increasingly stringent restrictive measures, this situation will eventually escalate to fragmentation. Asia is at risk of suffering serious losses as it is a key player in the world’s production chains,” said Krishna Srinivasan, head of the IMF’s Asia-Pacific department.

According to the IMF, the first signs of a split began to appear as early as 2018, when the trade war between the United States and China began, but now there are “much more disturbing symptoms, including, in particular, the conflict in Ukraine.”

“Sanctions on Russia have only exacerbated the uncertainty in terms of trade relations – and this uncertainty in itself is dragging down economic growth, as companies in such an environment stop hiring and curtail investment activities, and start-ups delay entering the market,” the study says.