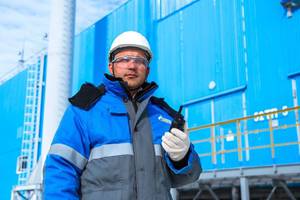 Over the ten months of this year, global demand for gas has decreased by more than 40 billion cubic meters, and the reduction in the consumption of “blue fuel” in the European Union has become a key factor in this situation, Gazprom said, summing up the results of ten months of work.

“Declining gas consumption in the European Union has become a key factor in reducing gas demand in the world. Over the ten months of this year, according to the first preliminary estimates and available operational data, global demand has decreased by more than 40 billion cubic meters. m. In this decrease, about 85% or 36 billion cubic meters. m is the share of 27 EU countries. Gas consumption also decreased in the UK: over the specified period – by about 4 billion cubic meters. m. Thus, the total share of the EU countries and the UK in the reduction of global demand is about 95%, ”says a press release from Gazprom.

Referring to data from Gas Infrastructure Europe, the company indicated that as of October 30, 68.6 billion cubic meters of gas were pumped into UGS facilities in Europe, “but even the maximum reserves in UGS facilities in large European countries do not guarantee a reliable passage of the upcoming autumn-winter period.” Gazprom also warned that the load on underground gas storage facilities in Europe will be higher than in previous years due to changed logistics and gas supply sources. Some countries, according to the Russian company, have already begun to use gas reserves from storage facilities.

Ministry of Defense: Russian Armed Forces strike at the Armed Forces of Ukraine on the right bank of the Dnieper (November 11, 2022)

The Central Bank dispelled the myths about the new form of the ruble in advance (November 11, 2022)