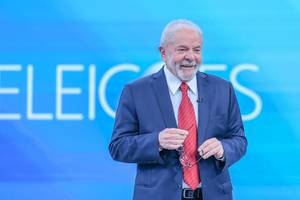 Former Brazilian President Luiz Inacio Lula da Silva won 50.37% of the vote in the second round of presidential elections, his candidacy was supported by about 60 million people.

This is reported by TASS with reference to the data of the Supreme Electoral Court of the Republic. Thus, Lula da Silva will take the presidency of Brazil for the third time. He will be head of state in 2023-2027.

It is noted that the conservative Bolsonaro was in the lead until the processing of two-thirds of the protocols. Lula da Silva, who put forward his candidacy for the Workers’ Party, was able to bypass his opponent thanks to the votes of residents of the northeastern states, traditionally supporting the socialists.

Among the priorities, da Silva called the fight against hunger and inequality, the restoration of dialogue between the branches of government, as well as climate and environmental issues. The politician also spoke in favor of expanding the UN Security Council and abolishing the right of veto.

Russian President Vladimir Putin also congratulated Luis Inacio Lulu da Silva on his election victory. “Please accept my sincere congratulations on your victory in the presidential elections. The voting results confirmed your high political authority. I hope that by joint efforts we will ensure the further development of constructive Russian-Brazilian cooperation in all areas,” the message published on the Kremlin’s website says.

The day before, on October 30, the second round of general elections took place in Brazil, during which the inhabitants of the country voted for the president and governors of 12 states.

NASA published a night image of a de-energized Ukraine (November 26, 2022)

Losses of Toyota concern from the termination of work of the Russian division exceeded $650 million (November 1, 2022)