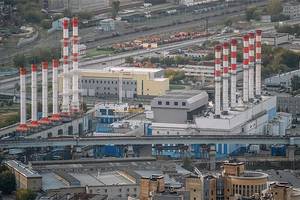 In Moscow, three more large industrial zones are being reorganized as part of the integrated development of territories. In the districts of Otradnoye, Yaroslavsky, Vostochnoe Degunino, instead of obsolete warehouses, garages, scrap metal collection points and car washes, 630 thousand square meters will be built. meters of residential and commercial real estate, and will also create about 8 thousand new jobs. Experts believe that such measures will contribute to the development of productive potential and the creation of highly productive places of application of labor.

Decree on the integrated development of the territories of three former industrial zones was signed today by the Mayor of Moscow Sergei Sobyanin. In total, 79.3 billion rubles are invested in projects.

“It is important that the Moscow Government considers the development of these sites in a comprehensive manner. It is important to maintain a balance between housing construction and social facilities, between the creation of industrial clusters and the transport infrastructure that ensures their functioning. With an integrated approach to this project, the city will receive not only modern housing and a comfortable living environment, but also the development of production potential, new jobs,” commented the President of the SRO “Regional Association of Appraisers”, professor at NRU MGSU Kirill Kulakov.

According to the Vice-Mayor of Moscow for Economic Policy and Property and Land Relations Vladimir Efimov, in 2023 it is planned to prepare for the reorganization of 77 sites with a total area of ​​​​about 1 thousand hectares. “In this way, the boundaries of the territories will be formed and the technical and economic indicators of the projects will be worked out, and the search for investors will begin. As a result, residential buildings and infrastructure facilities will appear on the site of former industrial zones and inefficiently used territories, where almost 260,000 people will be able to find jobs,” he said.

Old industrial zones are relics of the 90s era, says a member of the Moscow branch of Delovaya Rossiya, founder of the marketing agency Ya.Reklama Evgeny Buyanovand need to be completely reorganized. “This will create new high-performance jobs on the site of dilapidated warehouses and handicraft auto repair shops. Also, the integrated development of depressed areas will give a new impetus to the development of infrastructure, the creation of a modern comfortable environment for Moscow residents and, of course, improve the visual image of the city,” the expert added.

Germany and France united in the fight against the United States (November 24, 2022)

The largest Hong Kong airline will resume flights in the airspace of the Russian Federation (October 30, 2022)