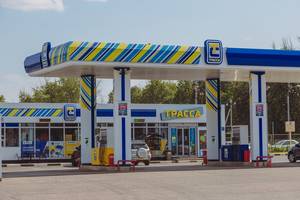 For 9 months of this year, the net profit of the Russian independent fuel operator Evrotrans according to RAS increased 48 times compared to the same period last year and exceeded the mark of 1.8 billion rubles. At the same time, gross profit for the reporting year increased by 63.7% to 4.2 billion rubles. Profit from sales doubled and reached 3.2 billion rubles.

“The significant increase in indicators was due to the abandonment of low-margin areas, as well as positive trends in the domestic market for trading in petroleum products,” commented on the reporting in the group of companies.

It can also be noted that the cost of sales of Eurotrans decreased by 15.1% to 27 billion rubles. Representatives of the operator believe that this happened due to an increase in the efficiency of the control system. At the same time, the key EBITDA for the three quarters increased by 69.5% to RUB 3.5 billion. The total value of the company’s assets as of September 30, 2022 increased by 44.7% and amounted to 42.6 billion rubles.

Recall that Eurotrans, included in the list of backbone enterprises of the domestic economy, is a group of companies engaged in wholesale and retail sales of fuel, as well as offering customers other related products at gas stations under the Trassa brand. In addition, the company manufactures and sells non-freezing windshield washer fluid, as well as designs and builds filling stations.

Vladimir Mashkov will select talented schoolchildren across the country to study at the Tabakov Moscow Theater School (October 27, 2022)

The former head of the Israeli intelligence service “Nativ” told how to quickly close the Ukrainian issue (November 11, 2022)