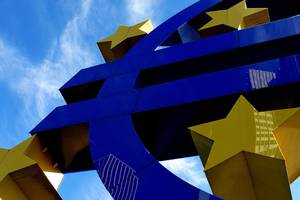 Annual inflation in 19 eurozone states accelerated to a record 10.7% in October 2022.

This is evidenced by the data of the preliminary assessment of Eurostat, published on the website of the EU statistical service.

At the end of September, according to the same Eurostat, the acceleration of inflation in the single currency area amounted to 9.9% after 9.1% in August.

Analysts polled, in particular, by the Trading Economics portal, predicted an increase of 10.2%.

During this month, consumer prices in the euro area, according to preliminary estimates, rose by 1.5%. At the same time, core annual inflation accelerated to 5% from 4.8% a month earlier.

Inflation in the Eurozone has been breaking records for 11 months in a row. Consumer prices in the euro area began to rise in November last year and have not been able to stop since then. In July, the general inflation in the zone was 8.9%.

Shares of the day: Yandex papers are looking for a bottom (November 28, 2022)

The Ministry of Defense of the Russian Federation spoke about serious successes in the Krasnolimansk and Kupyansk directions (November 9, 2022)