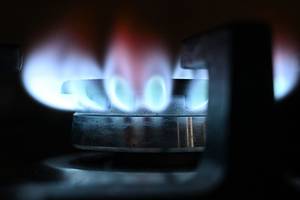 Until recently, I remember, the European authorities and, first of all, in Germany, complained that the European inhabitants do not save energy resources and do not reduce the consumption of gas and electricity, without which, even with underground gas storage facilities filled with gas to the eyeballs, it is impossible to survive the coming winter without problems. succeed. Brussels was already preparing for the imminent rolling blackouts and restrictions on the supply of gas with the advent of cold weather, but Europe was lucky. The European Commission and the governments of European states were helped by nature, and to be precise, the weather. Thanks to abnormally high temperatures, Europeans saved 22% of gas in October, according to the EnergyScan analytical platform owned by Engie SA.

Previously, businesses followed the instructions of the authorities and actively saved gas and electricity, unlike the townsfolk, but last month, the roles changed, Bloomberg reports: the townsfolk saved resources, unlike the business. Gas consumption by industry, however, has risen due to new problems with nuclear power plants, with the result that more gas had to be burned to generate electricity.

In addition to warm weather, demand was constrained, as usual, by high energy prices. Small and medium-sized businesses had to cut production in order to survive. All this, together with regular supplies of liquefied natural gas (LNG) and fully filled gas storage facilities, helped ease the fears of the population that blackouts and restrictions await Europeans in the winter.

Although gas prices have remained three times higher than the average price over the past five years, they still fell in October from their peak in August by more than 60%.

Gas consumption by households and small businesses fell by 33% in October. Large industrial consumers also reduced their consumption, but by 27%. However, in the energy sector, due to a series of emergencies at nuclear power plants in France and low electricity production at hydroelectric plants in general, gas consumption increased by 14%. For example, in France, the production of electricity from gas took twice as much as in October 2021. Countries neighboring France also had to burn more gas to generate electricity. Here, by the way, in some cases, the October decline in gas prices helped. It made gas more attractive than coal, which did not become cheaper.

How long the good news will last, no one in Europe knows. Uncertainty about the near future remains, supply and demand is still difficult to predict. The inevitable drop in temperature and the arrival of cold weather will naturally have a negative impact on gas savings. In addition, the need to save energy is negatively affected, at least in some countries (Spain, for example), and measures to limit prices for it. Of course, the gradual return to the work of European industry will also have an effect. On the other hand, increased nuclear production in France and more rain next year should reduce the amount of gas burned to generate electricity.

The Central Bank revised the strategy for the development of the national payment system (November 25, 2022)

How to desulfate the battery with your own hands? (November 2, 2022)

US stocks continue to rise in anticipation of the victory of the Republicans in the midterm elections (November 9, 2022)