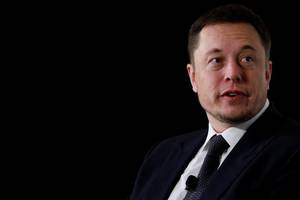 American billionaire Elon Musk has become the head of Twitter.

The entrepreneur himself has already commented on the deal. “The bird is free,” he wrote on his account on the social network, which he had previously vehemently criticized for restricting freedom of speech.

In early April, Musk acquired 9.2% of Twitter, becoming the largest shareholder of the social network, and at the end of the same month, the company accepted a $44 billion purchase offer from him. However, already in May, the entrepreneur announced that the deal would not be completed until the social network deal with fake accounts. In June, Musk threatened to pull out of the deal because the company refused to give him the requested data. The social network filed a lawsuit against the businessman, saying that he is not fulfilling his obligations to Twitter and its shareholders “because the deal he signed no longer serves his personal interests.”

The day before, on October 27, the billionaire posted a video of visiting the Twitter headquarters office, and also changed his status on his page on the social network, describing himself as “Chief Twit” (Chief Twit). He stated that he decided to acquire the company in order to form a platform for discussing different opinions.

The developer of solutions in the field of IT security Positive Technologies increased profit by 32 times (October 31, 2022)

The Central Bank revealed the facts of insider trading in ordinary shares of Raspadskaya (November 2, 2022)