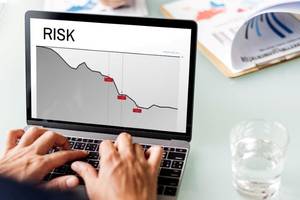 A period of declining interest rates on deposits has led banks to lure customers with “particularly favorable” conditions on deposits with rates above the average market. In fact, we are talking about combined deposits, consisting of two parts – deposit and investment, and the latter contains high investment risks, Lazar Badalov, Associate Professor of the Department of Economics at NUST MISiS, told the Prime agency.

The economist explained that increased returns are offered through the inclusion of an investment component – mutual funds, life insurance, a brokerage or individual investment account. Moreover, the ability to dispose of funds depends on the conditions of a particular deposit – this is either transfer to trust management, or independent investment.

“For the sake of the promised additional 2-3%, many agree to such conditions. As a rule, troubles for clients arise later, when they find out that early termination is impossible or possible, but with the payment of penalty fees, which can reach almost 100% of the investment amount, ”Badalov warned.

The promised high income, too, according to him, does not always turn out to be a reality, and the client receives less than expected after the investment period expires, since the profit also depends on the effectiveness of investments by the bank itself.

The economist stressed that this problem has existed for more than a year and the Central Bank is aware of it. That is why such concepts as complex investment products, combined deposits, which can only be issued by qualified investors, have appeared in Russian legislation. It is possible to use such tools if there is an understanding and readiness for such risks, Badalov believes.

The expert advised to carefully study the conditions of the proposed deposits, especially those that assume income above 6-8% per annum at the moment.

Vladislav Ovchinsky: The capital manufacturer will increase the output of electrical installation products by 1.5 times (October 27, 2022)

The Ministry of Defense told how they will accrue monetary allowances to the mobilized (November 8, 2022)