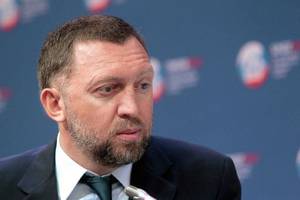 In the Russian economy, against the backdrop of a global recession, the lack of important timely decisions will lead to serious problems with employment and incomes of the population. If the key rate is not reduced to 5%, if the “prohibitively high” exchange rate of the ruble is not lowered, Russia will face economic and social problems until the end of next year, businessman Oleg Deripaska believes.

“Until we muster up the courage (and, in principle, we have nothing to lose for a long time), we will not reduce the rate to 5%, we will not carry out a quantitative easing program to secure mortgages and investments for 20-25 trillion rubles, we will not be able to start economic growth. Entrepreneurs and the population will not take exorbitantly expensive loans for anything! Foreign investors, even from the most friendly countries, cannot be attracted to a country with such an prohibitively high exchange rate of the ruble, which makes any production uncompetitive, including agricultural products, ”Deripaska wrote in his Telegram channel.

He stressed that if nothing is changed, all ideas with state investments in import substitution, the creation of alternative export and import channels, the development of logistics and processing, “everything will go to waste.”

“After all, by the end of next year we will fly in full to a new, so to speak, bouquet of economic and social problems,” he added.

Avisma, VK and Sber became the leaders of the Russian stock market (November 10, 2022)

Eurostat once again reported a record acceleration of inflation in 19 countries (October 31, 2022)