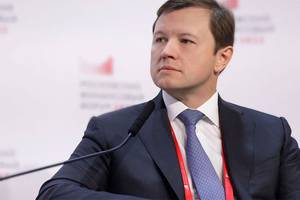 Since the beginning of 2022, the Moscow authorities have allocated 53 land plots with a total area of ​​62.3 hectares for the construction of social facilities. They will be erected at the expense of the city budget as part of the Targeted Investment Program (AIP), the deputy mayor of the capital for economic policy and property and land relations said on October 27 Vladimir Efimov.

“As part of the AIP for the development of infrastructure, the city allocates land plots to developers for free use. Since the beginning of the year, 53 contracts have been signed for the provision of 62.3 hectares for the construction of kindergartens and schools, healthcare, cultural and administrative facilities,” said Vladimir Yefimov.

The Vice Mayor specified that the necessary infrastructure will also be created in the allocated areas, including access roads and engineering communications, as well as landscaping work will be carried out.

In particular, an educational complex for 1,100 students with an area of ​​8.7 thousand square meters will be built in Shcherbinka on Engels Street. “As part of the first stage of construction, a building for 700 students will be erected, and after the dismantling of the old building, a second building for 400 students,” said the Minister of the Moscow Government, head of the city property department Maxim Gaman.

And the house of culture in the settlement of Desenovskoye (Novomoskovsky administrative district) is awaiting reconstruction. After completion of the work, the area of ​​the building will increase to 3.3 thousand square meters. Painting studios, choreographic and sports halls will appear there.

The Russian Foreign Ministry announced Moscow’s readiness for negotiations with Kyiv based on current realities (November 9, 2022)

Putin proposed to create a global payment system based on hawala (November 24, 2022)

1.5 billion rubles will be invested in the creation of a technopark in Zyuzin – Deputy Mayor of Moscow Yefimov (November 2, 2022)