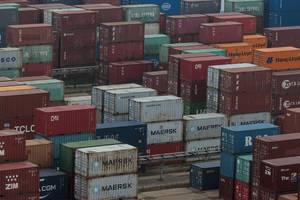 Last week, economists at the large London bank Barclays revised their own forecast for the Chinese economy for next year downward. Barclays believes, according to CNBC, that the growth of the world’s second economy in 2023 will slow down even more. Including due to declining demand for Chinese goods in the United States and the European Union. A sharp decline in the purchasing power of Americans and Europeans will reduce China’s exports by at least 2%.

Chinese exports did not wait until next year and, unexpectedly for most economists, began to decline earlier than expected, already in October. Moreover, in October 2022, not only exports, but also imports fell short of the forecasts of Reuters economists. Exports, for example, were down 0.3% in dollar terms compared to October last year, despite forecast growth of 4.3%. The picture is strikingly different from the beginning of autumn: in September there was an increase in annual terms by 5.7%. By the way, recalls Refinitiv Eikon, in October, the first decline in Chinese exports in two and a half years was recorded.

Imports in October also decreased by 0.7% in dollar terms. Economists predicted growth for him, but much less than for exports – by 0.1%. In September, we recall, Chinese imports decreased by 0.3% compared to September 2021.

In October, only the main trading partner of the Celestial Empire did not change – it remained the United States. However, a decline was also recorded in trade with America. For example, the growth of Chinese exports to the US in October slowed down to 8.4%, although in September it was 10.1%. US imports rose 1.7% last month. Growth in comparison with September (1.3%) has accelerated.

Simultaneously with the publication of unexpected data on exports and imports of China, information was received about new outbreaks of coronavirus in China. It is reported that the number of infected Covid-19 has reached a six-month high.

The economic situation in China has also deteriorated due to the worsening situation in the US and the EU, which are predicting a recession. Many US tech giants, for example, have announced layoffs and other cost-cutting measures.

Speaking about the difficult situation in China with the economy, however, it should be borne in mind that we are talking about dollar terms. Recall that the Fed’s aggressive policy of monetary tightening strengthens the US dollar against the currencies of absolutely all countries of the world. The yuan, for example, in October, according to Refinitiv Eikon, weakened against the US dollar by 3%. So this statistic is not surprising. If we count in yuan, then according to the PRC Customs Administration, Beijing is doing well: Chinese exports grew in October by 7%, and imports – by 6.8% compared to October 2021.

US stocks rise ahead of midterm election results (November 8, 2022)

The volume of trade between Russia and China in October exceeded $17.6 billion (November 7, 2022)