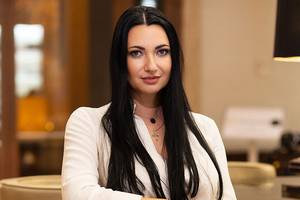 The domestic ceramic industry is facing a double challenge – the need to make up for the shortage of goods that arose as a result of the departure of Western companies and the limited raw material base. The solution to these problems lies in a competent investment policy, the development of integrated logistics solutions, and the development of a research base.

The head of the marketing department of PJSC “Simpreal” talks about the problems of the domestic ceramic industry Julia Pikovskaya. “Simpreal” is one of the five key producers of ceramic raw materials in the Russian Federation and operates on the basis of the largest Novoorskoye deposit of light-burning clays.

– How has the Russian ceramics industry developed in recent years?

– From sector to sector, the situation in the industry differed. For example, the production and consumption of finished ceramic products in the second half of the 2010s. showed a positive trend. During this period, the production of sanitary ware in Russia increased by nine, and tiles – by 11 percent. Imports also regained some of the positions lost after the 2014 currency crisis.

At the same time, Russian producers of primary ceramic raw materials did not feel very confident: in 2015-2021, the production volumes of clay and kaolin in the Russian Federation fell by 7.6% in aggregate. Due to the difficult economic situation and high costs, it was difficult for Russian mining companies to compete with foreign raw material producers. It often turned out to be more profitable for domestic producers of finished products to purchase cheap, initially logistically more accessible white clay from abroad, primarily from Eastern Europe, rather than trying to establish stable, but logistically lengthy and costly supplies from geographically remote deposits in Russia. It should be recognized that East European clays are known all over the world, they are of excellent quality, easily extracted, and have few impurities. Until recently, they occupied about a quarter of the global market, but after February 2022, their deliveries to Russia ceased.

– Have Russian clay producers made efforts to maintain their positions?

– Undoubtedly. However, initially their capabilities were limited: unlike the rich East European quarries, a significant part of Russian deposits either depleted their resources or are located in hard-to-reach areas, as a result of which the extraction and transportation of primary rock is complicated. The development of such subsoil can remain unprofitable for many years.

However, it would be wrong to talk about the absence of options for the development of the industry in the 2010s. I cannot be responsible for all market players, but our company “Simpreal” has been systematically working to increase production volumes all these years. We realized that for successful competition it is necessary not only to offer a quality product, but also to provide its worthy service support.

Therefore, Simpreal financed many years of scientific research to obtain special grades of raw materials from the extracted clay, matched in terms of their physical and chemical composition to the needs of our customers – manufacturers of end products. In recent years, we have created three product lines, set up a multi-stage process for the primary processing of clay, and purchased expensive equipment.

We also became the first in the industry to launch our own logistics program and offer our clients a corporate service for road and rail transportation of purchased raw materials. To do this, we have acquired an advanced truck fleet, entered into an agreement with Russian Railways on the delivery of clay from the quarry to customer enterprises. The advantage of the logistics program was the complete digitalization of the transport process, computer control of loading and automated tracking of transportation around the clock.

The implementation of these measures cost several hundred million rubles. For several years we worked on the verge of profitability.

– Did Russian ceramists ultimately see any benefit in replacing imported raw materials with domestic ones?

– The process was slow. Implementation of research results and standardization of raw varieties took several years, but now the physical and chemical composition of the offered clays best meets the production requirements of our customers. Ultimately, this allowed Russian ceramic producers to get away from the need for additional enrichment of clay at their enterprise, and reduced their production costs.

The same is true with logistics. For a long time, some consumers did not see the point in our transport service, appealing to the fact that our tariffs remained at the average market level. However, customers overlooked the fact that, with the same logistics rates, Simpreal guaranteed not only delivery, but also prompt loading and transportation times, ensured the storage of raw materials, and assumed any risks of possible penalties for possible downtime. Thus, the final costs of customers are disproportionately less than potential financial losses. The gradual recognition of these advantages by the market has led to the fact that by mid-2022, more than 90 percent of customers have switched to using Simpreal logistics solutions.

– How has the ceramic market changed since February 2022? What are its prospects?

– The main consequence of recent events was the complete disappearance from the Russian market of Eastern European raw materials, which previously accounted for about 90% of all consumed kaolin clays in physical volumes. Our ceramists are forced to completely reorient themselves to the domestic raw material base.

Since in recent years Simreal has been systematically working to expand its production and logistics capacities, the company was able to quickly increase production volumes and partly replace the resulting shortage of raw materials.

However, maintaining production at the same level and expanding the resource base requires new large-scale capital investments from all market participants. It is in this direction that the efforts of manufacturers of ceramic raw materials will be concentrated in the foreseeable future.

British intelligence reported on the “dragon teeth” that Russia installed to protect Mariupol and Kherson (November 8, 2022)

Shareholders of Enel Russia decided to rename the company to EL5-Energo (November 25, 2022)