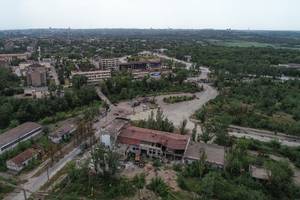 The Armed Forces of the Russian Federation began to form a defense in the liberated territories. In particular, the Russian army is stepping up defense in depth training.

According to the Public News Service, this is stated in the summary of British intelligence (MI-6). The British intelligence services, in particular, note that such steps by Moscow can help to avoid the rapid advance of the Armed Forces of Ukraine in the event of a breakthrough.

According to British experts, the Russian Armed Forces are building structures around Mariupol, for which two factories are producing reinforced concrete pyramidal anti-tank structures, which are called “dragon’s teeth”.

MI6 notes that the RF Armed Forces have already placed them between Mariupol and the settlement of Nikolskoye and between northern Mariupol and the village of Stary Krym. In addition, “dragon’s teeth” can be installed in the regions of Kherson and Zaporozhye.

As before wrote “Expert”Vice-Governor of the Kherson region Kirill Stremousov said that the allied forces continue to repel all attacks of the Armed Forces of Ukraine in the region.

“On the front line, all the attacks that the Ukronazis are taking today have been repulsed, and I will say that, in principle, we do not see such a massive, abrupt offensive and do not see such a large concentration of Nazi troops. So far, in fact, the line of defense is holding,” the official stressed.

According to him, the Armed Forces of Ukraine are attempting counterattacks in small groups to identify weaknesses in the defense line of the allied forces.

Nabiullina and Gref tried to predict the end of the crisis in the Russian Federation (November 10, 2022)

An over-relief flying platform for the delivery of ammunition will be created in Russia (November 27, 2022)