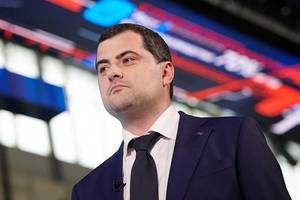 Pharmaceutical holding “Biocad” launched an innovative warehouse complex on the territory of the special economic zone (SEZ) “Technopolis “Moscow”. This was announced on October 27 by the head of the department of investment and industrial policy of the capital Vladislav Ovchinsky.

Recall that the investor previously signed an offset contract with the government of the capital. According to its terms, the Biocad enterprise, also built in the Moscow SEZ, produces and supplies medicines for the treatment of oncological and autoimmune diseases to the city’s medical institutions. The creation of a warehouse complex is part of this project.

A resident of the Technopolis Moscow SEZ built and put into operation a high-shelf warehouse complex with an area of ​​4 thousand square meters at the Alabushevo site. It is designed to store all types of raw materials and packaging used in pharmaceutical production. The capacity of the warehouse allows for the simultaneous storage of up to 10,000 pallet places,” said Vladislav Ovchinsky.

According to him, the complex’s innovative equipment makes it possible to store and process cargo at a height of up to 19 m. Raw materials and packaging are stored under special temperature conditions and controlled humidity. There are also separate rooms for flammable materials. The warehouse is equipped with refrigerated rooms for unloading, processing and shipping medicines, for the safety of which it is necessary to maintain the temperature within the “cold chain”.

We add that at the Biocad production itself a quality control system has been created that meets GMP standards. The enterprise is equipped with high-tech equipment, chemical-analytical and microbiological laboratories. The total area of ​​the pharmaceutical complex is 43 thousand square meters.

“The company invested more than 5 billion rubles in the implementation of its project, which made it possible to create more than 170 new jobs,” said the General Director of the Technopolis Moscow SEZ Gennady Degtev.

According to the estimates of the city authorities, in 2021 the total volume of shipments of the company’s drugs under an offset contract to medical institutions in Moscow amounted to about 290 thousand packages, and over the past six months, more than 250 thousand have already been shipped.

SEZ “Technopolis Moscow” occupies 5 sites with a total area of ​​more than 223 hectares. This territory has a preferential treatment for investors, including tax preferences. According to official data, the volume of investments of companies that have localized production here exceeds 80 billion rubles.

Prosus decided to withdraw from the shareholders of VK (November 10, 2022)