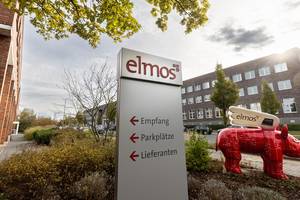 German chip maker Elmos said the German government is likely to change its position and ban the sale of the plant to a Chinese company. Rather, we are talking about the Swedish company Silex, which is owned by the Chinese company Sai Microelectronics. The Chinese, according to Politico, were going to buy a chip plant in Dortmund from Elmos for 85 million euros. It was believed that Berlin approved the deal despite warnings from German intelligence that it could adversely affect German security.

Berlin’s decision was in line with the controversial (in the opinion of the collective West) policy of the FRG towards China, which was mercilessly criticized by the United States and most members of the European Union, along with Brussels, of course. The German authorities, despite the allies’ warnings, intend to develop cooperation with China, which Washington now considers enemy number one. Here we should also mention the recent visit of Olaf Scholz to Beijing with a representative delegation, consisting mainly of German businessmen, who traveled to strengthen economic ties with China.

In general, everything went to the fact that the Scholz government would approve the deal to sell the production of substrates for chips, but then Elmos unexpectedly announced that, according to the information it had on Wednesday, November 9, the deal would be blocked at a government meeting.

Elmos is a small company producing chips primarily for the automotive industry.

Most of all, the ban on the sale of chip production to a Chinese company will be happy, of course, overseas. Recall that not so long ago, the United States adopted a new ban on the supply of complex chips, technologies and equipment for their production to China. There is also an undeclared technological war going on between the US and China. Beijing has set the task of developing its own production of chips so as not to depend on the West, and the Biden administration is trying in every possible way to prevent it from doing so. In order to make its own ban more effective, Washington, in its usual manner, “recommended” its allies, primarily European countries and Asian chip manufacturers: Taiwan, South Korea and Japan, to follow suit.

The German Ministry of Economics, headed by Robert Habeck, was responsible for the deal to sell the plant in Dortmund. He is usually very critical of Beijing and accuses the Chinese leadership of autocracy and violation of human rights. However, in this case, Khabek did not object to the sale of the plant, at least a week ago. To the warnings of the German secret services that this deal could weaken the security of Germany, he replied that it was, firstly, about a small plant, and secondly, about a simple technology that was already outdated.

After the Elmos report about a possible ban on the sale of the Dortmund plant to the Chinese, the question naturally arose of what made Berlin change its position so suddenly 180 degrees. Moreover, to do this shortly after the chancellor’s trip to Beijing, which, as his press office claimed, took place in a working atmosphere. There are at least two answers: either Scholz’s visit was not at all as successful as official Berlin claimed, or, more likely, Washington intervened again, effectively forbidding German allies to cooperate with Chinese chip manufacturers.