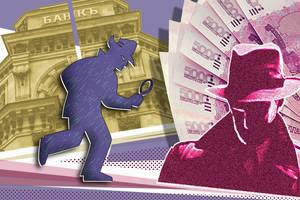 Banks may be required to reimburse citizens for stolen funds within 30 days if they were transferred without their voluntary consent. The Ministry of Finance gave a positive response from the government to the relevant parliamentary bill. According to Interfax, the document was submitted to parliament at the end of September, its author is Anatoly Aksakov, head of the State Duma committee on the financial market.

“The changes proposed by draft law No. 197920-8 will make it possible to establish additional requirements for money transfer operators in terms of preventing financial losses of citizens as a result of unlawful actions of third parties, as well as increase the amount of return by credit organizations of funds stolen by fraudsters,” a source told the publication. , familiar with the text of the review.

If the draft law is adopted, banks will be obliged, after receiving the application of the client – an individual, to reimburse the amount of the transaction performed without the voluntary consent of the client, within 30 days. In the case of a cross-border transfer of funds, a refund will occur within 60 days. However, the stolen funds will be returned only if the bank does not prove that the client violated the procedure for using an electronic means of payment and this is what led to the transaction without his voluntary consent. The amount must be returned in full.

As stated in the explanatory note, in order to improve the existing mechanisms of “anti-fraud” (anti-fraud, fight against fraud – IF), it is proposed to oblige not only the payer’s bank, as it is now established, but also the recipient’s bank to check transactions for signs of fraud, including reconciliation with a database of cases and attempts to transfer funds without the consent of the client, maintained by the Bank of Russia.

In addition, it is proposed to give banks the right not to accept orders for obviously fraudulent transactions for execution within two days, even despite the consent of the client. “Money is stolen from citizens most often by social engineering methods, in which a person independently transfers money to a fraudster. As a rule, in two days the client realizes that the money is being transferred to the fraudster,” such a measure is justified in the explanatory materials.

The draft law is included in the State Duma’s program of work for November, and the State Duma Committee on the Financial Market will accept comments and comments on it until November 3. If adopted, the law will enter into force on the day of its official publication, with the exception of a number of technical provisions.

Need to fight. But will it work?

Indeed, the head of Saunin Law Practice confirms: Andrei Saunin, most often scammers take possession of money using social engineering mechanisms. But what exactly will be considered in the framework of the proposed bill as the absence of voluntary consent to the transfer is not yet clear. And even if such criteria are introduced, fraudsters will be able to adapt their tools in order to bypass established verification rules, the lawyer said.

In addition, Anton Pulyaev, partner of the De Jure Bar Association, draws attention, and at present the bank does not have the right to transfer funds anywhere without the client’s order. And in the case of fraudulent actions by intruders, the bank’s client, as before, will still have to prove that he acted with due diligence when storing confidential information, which excludes third parties from accessing his money. “The bill is trying to toughen the responsibility of banks, but we must not forget that it is not always the banks who are to blame for the theft of the client’s funds,” the lawyer warns.

In this case, we are talking about an additional guarantee for bank customers, explains Alexey Gavrishev, managing partner of AVG Legal. The fact is, he says, that as part of the fight against fraud (anti-fraud), in case of loss of funds, the bank is obliged to return the funds within 30 days, and not only the sender’s bank, but also the recipient’s bank are required to check for signs of fraud. And in case of suspicion of fraud, even if the transaction is approved by the client, do not accept the payment for execution within 2 days.

According to the law, fraud is primarily misrepresentation. Therefore, the client is not always immediately able to identify it. Indeed, the lawyer is sure, in conditions of low legal and financial culture, social engineering methods are very popular among scammers. And this, of course, must be fought.

Out of the frying pan into the fire

At the same time, the expert community is wondering: will the scammers themselves take advantage of the new initiatives of legislators? Will they not lead to the emergence of a new wave of crimes of a different kind, when the attackers pretend to commit fraud in this way, and then the fake victim of the crime begins to demand from the bank the return of money allegedly lost as a result of fraud?

According to lawyers, this, of course, is not excluded, but countermeasures are already in the arsenal of both banks and competent authorities.

“This is possible,” says Alexander Tselykh, head of the Spetsyust law firm. – Fraudsters adapt to any situation, and can come up with new schemes that they will apply in the future. Another thing is that the banks themselves must monitor these moments for suspicious participants in all transactions, and stop them. Banks can do it.”

Continuing his thought, the lawyer explained that banks still have mechanisms to detect fraudsters.

“Since it is possible to determine that the money was stolen from a conscientious citizen, then by the same methods – technical or otherwise – it can be determined that the person from whom the money was allegedly stolen is a fraudster. Similar means are used, and banks, I repeat, are within their power. If the bank fails to do this promptly, then it has claims against the one who received the money – in other words, claims for the return of unreasonably received money. There are means, legal, criminal-legal, which banks have the right to use,” Tselykh said.

The colleague’s opinion was supplemented by Natalya Nazarova, a lawyer at Knyazev and Partners. She believes that the new scheme still preserves the ways of deception for fraudsters, but a responsible approach to countering criminals can prevent them.

The lawyer calls the cure for a possible misfortune the competence and responsibility of all parties involved in the process, from banks to law enforcement officers and authorities. “Everyone needs to do their job responsibly. When developing bills, parliamentarians can be advised to more actively seek professional advice, attracting the maximum number of experts in relevant areas,” concluded Nazarova.

1.5 billion rubles will be invested in the creation of a technopark in Zyuzin – Deputy Mayor of Moscow Yefimov (November 2, 2022)

The Ministry of Defense announced the completion of measures for partial mobilization in Russia (October 31, 2022)

Bermuda and Saint Helena in Russia recognized as unfriendly (October 30, 2022)