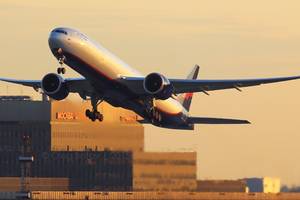 Aeroflot Group announced plans to form a “national competence center” that will provide design support for the operation of aircraft from Western manufacturers.

RBC writes about this with reference to the corporate newspaper My Aeroflot.

As Aleksey Mikhalik, deputy general director of the airline and its technical director, said in an interview with the corporate publication My Aeroflot, the new structure will provide services “for the widest possible range of customers.”

Sanctions against the Russian Federation deprived Russian carriers of access to aircraft maintenance services from Western aircraft manufacturers, Mikhalik explained. In this regard, the Aeroflot Group, whose fleet includes 276 Airbus and Boeing aircraft, decided to create a new department for the development of design solutions. “We plan to receive a certificate no later than the first quarter of 2023 and further develop the activity in the field of design development into a separate independent direction,” the deputy general director of the airline emphasized.

He noted that the team of the new department managed to attract “highly qualified specialists with unique competencies in design support for airlines operating Western equipment around the world.”

Until March of this year, Aeroflot ordered services for the development of design documentation for finalizing aircraft, mainly from aircraft manufacturers. After the imposition of sanctions, the airline resorted to the services of the state research institute of civil aviation and S7 Group, which received the FAP-21 certificate in May 2022, RBC writes, citing a source close to the Aeroflot group. Now former employees of the Russian offices of Airbus and Boeing have joined the airline, the agency reports.

Aeroflot will work on the launch of the center together with A-Technics, a member of the group, on the basis of which this summer was created Russia’s largest provider of aircraft maintenance and repair services. It is reported that by the end of 2022, production facilities and personnel resources of the Aeroflot maintenance department will be transferred to A-Technics.

The former division of KFC in Russia has applied for registration of a new logo (October 28, 2022)

In Yakutia, the Alrosa project for the construction of a mine for 126 billion rubles was approved (November 25, 2022)