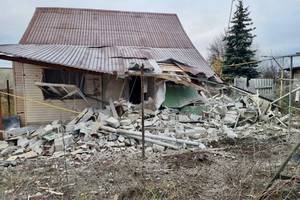 Businessman Yevgeny Prigozhin said that the Wagner PMC is creating militia training centers in the Kursk and Belgorod regions, since it is “a local resident, like no one else, who knows his territories, is able to fight against the DRG and take the first blow if necessary.” Such a militia, in his opinion, should be financed at the expense of regional business. The businessman’s comment was posted by the press service of his Concorde company.

“If you are the owner of a small factory that employs 100 people, and 50 of them are sexually mature males, then 25% should serve in the trenches, and 75% should continue their labor activity. And so on in a circle – one week in the trenches, three at home and at work. In this case, when the enemy comes to Russian soil, all 100% will defend their country, ”the press service quotes Prigozhin as saying.

In his opinion, 10 people are enough for one kilometer of the line of contact. Further, inland, “military units with mobilized and other facilities with security forces” should be located.

“I believe that in the border areas it is necessary to focus on conscious business, and in response to their civic position, do not regret presenting them with high state awards and do not skimp on words of gratitude to compatriots. This approach has always been and is in Rus’, ”said Prigogine.

The businessman intends to finance the training centers of PMC Wagner personally, without the participation of the federal and regional budgets. He also pointed out the inadmissibility of the spread of small arms in the border areas.

“In the trenches, of course, everyone should stand with weapons, but their carrying should be prohibited in populated areas and outside the line of defense,” he concluded.

Golikova announced a decrease in the number of unemployed in Russia (October 28, 2022)

The surplus of the current account of the balance of payments of the Russian Federation exceeded $ 215 billion (November 10, 2022)

Named the criteria by which Russians choose products in the store (November 4, 2022)