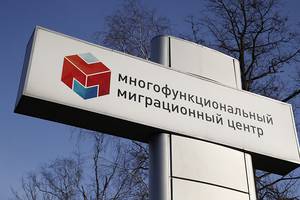 A multifunctional migration center (MMC) of Moscow has opened in Dushanbe, whose specialists will help residents of Tajikistan in finding work in the Russian capital and the Moscow region. Employers will also be able to ask for help in the selection of potential employees.

“The representative office, in cooperation with the authorized departments of the Republic of Tajikistan, will carry out the entire range of activities to search and select employees with the necessary skills and qualifications to work on the most important projects in Moscow and the Moscow region in the field of transport, construction, housing and communal services. This will create an effective mechanism for attracting labor migrants from the republic to the capital’s facilities,” said Maria Bagreeva, Minister of the Moscow Government, Head of the Department of Economic Policy and City Development.

As the minister of the city government specified during the opening ceremony of the representative office, the work of the center will contribute to the development of friendly relations and mutually beneficial cooperation between Moscow and Dushanbe. The functions of the representative office will include maintaining a database of vacancies and applicants, organizing online interviews and assessing the professional competencies of candidates. Citizens of Tajikistan will be able to get advice on the rules of stay and work in the Russian Federation, the specifics of obtaining a migration card and other issues.

As recalled in the mayor’s office of the capital, Tajikistan became the second country with which Moscow began cooperation within the framework of an organized recruitment of labor migrants. In 2021, a representative office of the WMC was opened in Uzbekistan.

“Of the 800,000 labor patents issued annually in Moscow and the Moscow region, half are for Tajik citizens. For 10 months of the current year, their share is 48 percent of the total number of patents issued at the WMC. At the beginning of November 2022, there were over 400,000 citizens of the republic in Moscow and the region, 80 percent of whom were labor migrants. Most of them work at construction sites,” said Maria Bagreyeva.

The opening of the representative office took place within the framework of the 18th meeting of the bilateral Intergovernmental Commission on Economic Cooperation between Russia and Tajikistan.