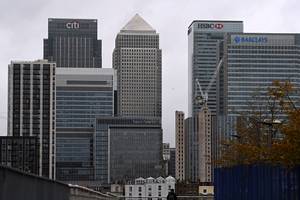 In the third quarter, the British economy registered a decline of 0.2%, which, according to Bloomberg, indicates the beginning of a recession. Moreover, the recession is prolonged.

The decline was not as serious as expected by economists, who predicted a fall in gross domestic product in July-September by 0.5%.

The recession was the first since the first quarter of 2021. The UK also has the dubious honor of being the only country in the G7 that has yet to fully recover from the coronavirus pandemic. Industrial output, for example, is still 0.4% below pre-pandemic levels.

In September, the decline in GDP amounted to 0.6%. This is due to an additional day off for the funeral of Queen Elizabeth II and nationwide mourning.

“I have no illusions that there is a tough road ahead of us,” Bloomberg quotes Chancellor (Finance Minister) Jeremy Hunt. “This road will require (from us) extremely difficult decisions to restore confidence and economic stability. But to achieve long-term sustainable growth, we will need to curb inflation, rebalance the (books) and reduce debt. There is no other way.”

Consumer spending and business investment declined in July-September. However, some improvements in trade have been recorded, emphasized in the UK Office for National Statistics.

Households and businesses are facing two difficult years, the Bank of England (BOE) and His Majesty’s government make a gloomy forecast.

According to the forecast of the analytical center Resolution Foundation, Britain is waiting for the fastest return to recession in nearly half a century (since 1975).

The overall picture has been somewhat blurred by the extra bank holiday, but there are signs of waning confidence as the effects of high energy and food prices are emerging. Household spending in the third quarter decreased by 0.5%, retail trade – by 1.9%. Months of low confidence ahead, with a bleak economic outlook weighing on sales forecasts.

BOE has raised the discount rate 8 times since December 2021, but has not managed to overcome inflation! The main bank of the United Kingdom sees a recession as the inevitable price to be paid to curb double-digit inflation. According to one of the BOE options, the decline may continue until the summer of 2024 and become the longest in the last hundred years.

Prime Minister Rishi Sunak is preparing to announce tens of billions of pounds in tax increases and government spending cuts next week. The government needs to plug the hole in the public finances and restore confidence after the turbulent events provoked by the massive tax cut proposal by Sunak’s predecessor, Liz Truss.

The resilience of the UK economy will depend on the willingness of the public to spend more and thus reduce the approximately £200bn of reserves built up during the pandemic.

Head of Ingushetia Mahmud-Ali Kalimatov and Mikhail Gutseriev agreed on the implementation of investment projects by the entrepreneur in the republic (November 3, 2022)

Profit of Otkritie Bank since the beginning of the year amounted to 28 billion rubles (November 10, 2022)