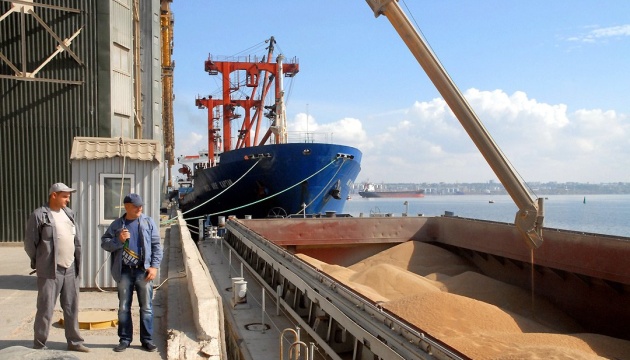 According to the foreign minister, Russia’s strategy is to push Ukraine out of its traditional markets and start making more money and expanding its influence.

The Minister of Foreign Affairs of Ukraine Dmytro Kuleba called the food crisis associated with the blocking of the Russian ports in Ukraine “hunger games” staged by the Russian authorities and called on African countries to reject Moscow’s lies. About this the main Ukrainian diplomat said at a briefing on African issues.

According to him, Ukraine wants to return to the export of its agricultural products, but now this is impossible due to the Russian blockade of the ports of Ukraine and the negative consequences of the war on the harvest.

“Moscow is afraid that African countries will turn their backs on it because of the food crisis it has caused,” he said.

Kuleba also said that in front of African countries, the Kremlin is trying to blame Ukraine and Western sanctions for the food crisis.

In this regard, Kuleba asked African countries to remember that Ukraine has always been a reliable supplier, and stressed that the country’s economy largely depends on the export of agricultural products.

“We are just as interested in selling our harvest as you are in receiving it,” the minister stressed.

The head of the Ukrainian Foreign Ministry added that the strategy of the Russian Federation is to push Ukraine out of its traditional markets and start earning more money and expanding its influence.

Recall that on June 22, the NYT wrote that finding new routes for supplies of Ukrainian grain will not be easy. Rail gauges in Ukraine differ from those in Europe, there are not enough ferries on the Danube to transport significant amounts of grain, and the small Romanian port of Constanta simply cannot cope with our harvest.

At the same time, Turkey stated that, as a result of negotiations with the Russian Federation, progress has been made on the export of grain from Ukraine. It also became known that Turkey plans to hold talks with the Ukrainian delegation and the UN on the issue of resolving the humanitarian crisis.