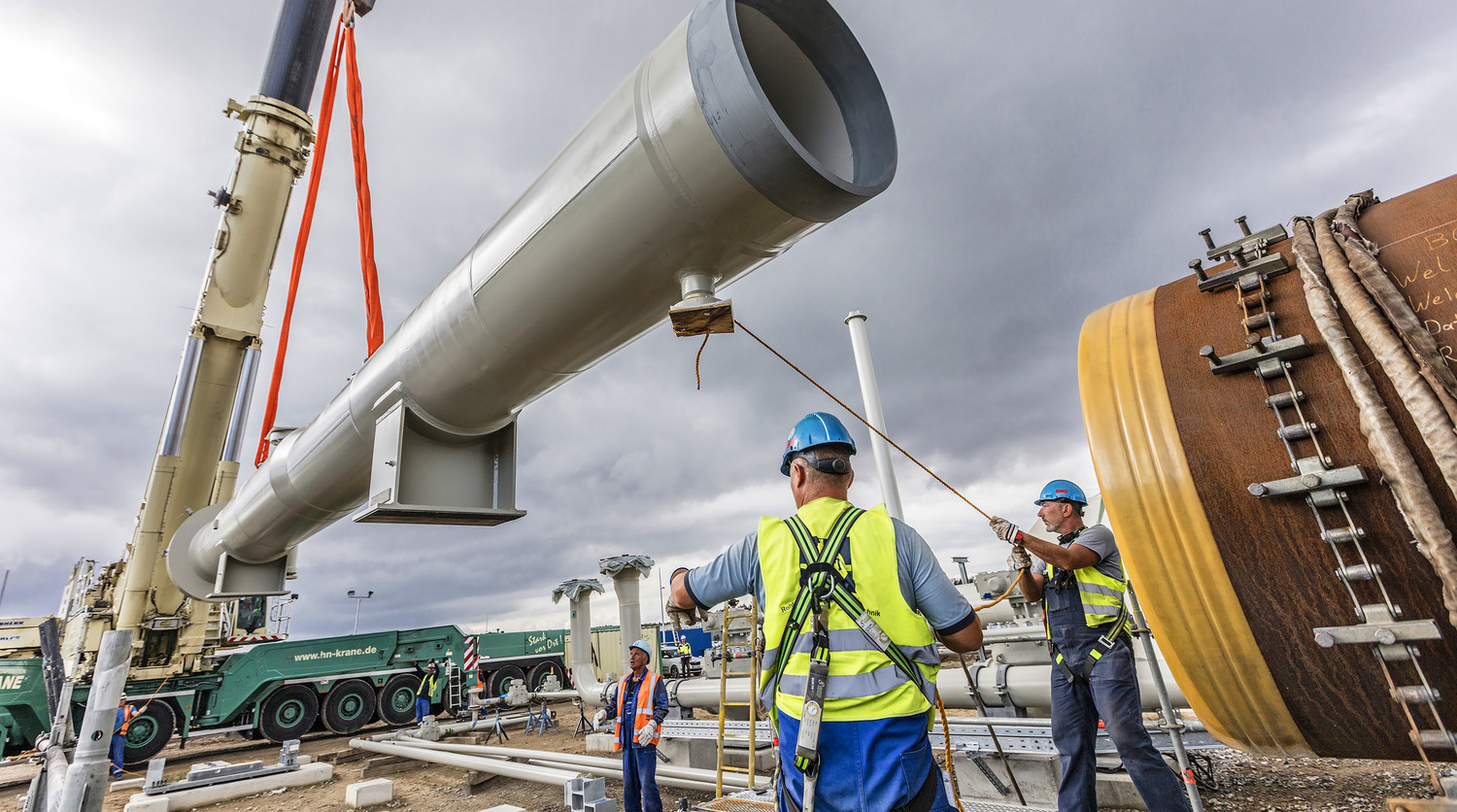 Germany may cut off a section of the Russian pipeline passing through its territory to connect to an LNG terminal, the German government believes.

The German Ministry of Economy and Climate Protection has come up with an initiative to nationalize the section of the Nord Stream 2 pipe that passes through the territory of Germany. About this with reference to sources reported Spiegel edition.

Read the best materials of the section on the page “Focus. Economics” on Facebook

According to journalists, the German government is proposing to nationalize and cut off the underwater section of the pipeline in order to subsequently connect it to a mobile liquefied natural gas (LNG) terminal. Such a decision could help to cope with the shortage of natural gas, which, according to the head of the German Ministry of Economy Robert Habek, the country has already faced. The advantage of the nationalization plan is that at the end of the Nord Stream 2 gas pipeline, there is a distribution network with compressors and pipelines through which fuel can be delivered directly to southern Germany.

At the same time, the initiative of the Ministry of Economy of Germany is risky, the publication notes. Technically, the pipeline can be lifted and cut, but serious environmental problems may arise, experts fear. Each change to the pipeline almost inevitably triggers a new plan approval process, including an environmental impact assessment. There are also problems that relate to the ownership of the object. For example, the operator of Nord Stream 2, Nord Stream 2, is insolvent and is managed by an enterprise administrator from Switzerland. Thus, “the issue of ownership of the pipeline remains unclear,” the journalists say.

Also, the German government fears a possible reaction of the leadership of the Russian Federation to the nationalization of the Nord Stream 2 section in the form of the expropriation of German enterprises in Russia.

“At Gazprom, some managers are still hoping to get the pipeline back in two or three years, when the war is over and relations are back to normal. The pipeline, which already contains several million cubic meters of gas, is still being serviced today so it can be used in the short term.” , the article says.

The Kremlin to comment on the likelihood of the nationalization of the German part of Nord Stream 2 in the absence of specific actions from Germany refused.

Recall that on June 14, Gazprom announced that gas supplies to Germany through the Nord Stream gas pipeline will decrease by 40% due to breakdown of Siemens engines.

A week later, the media reported the readiness of the German government to announce emergency mode because of the gas crisis. On such a step, the German authorities went June 23.