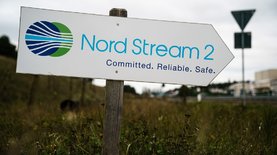 The German Ministry of Economy is studying the possibility of expropriating the German section of the Nord Stream 2 underwater gas pipeline from Russia. Der Spiegel.

The publication writes that the project to nationalize part of Nord Stream 2 appeared after Germany described Russia’s actions in the European liquefied natural gas (LNG) market as a full-fledged “gas war” and began to develop measures to mitigate the economic consequences in the event of a complete cessation of Russian supplies.

In the case of Nord Stream 2, writes Spiegel, it is about cutting off the “German” section of the gas pipeline from the rest, and then adapting the subsystems of SP2 already built onshore to mobile LNG unloading terminals. Also, the ready-made LNG infrastructure – a distribution network with compressors and pipelines – can be directly used to transport gas to southern Germany.

The publication emphasizes that while the plan is “raw” and many aspects related to it remain undeveloped – in particular, the underwater pipeline dismantling project will require a new long-term environmental review. In addition, the managing company of the Nord Stream 2 gas pipeline has been declared bankrupt, and the crisis management of its property is carried out by a Swiss independent company, which creates legal problems in the event of an attempt to nationalize part of the company’s property.

Russia showed that during the invasion it is necessary to protect every piece of our land – the head of the Polish Defense Ministry – news from Ukraine, World