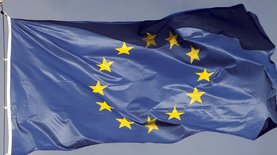 Discussions on Ukraine’s and Moldova’s EU bids are delayed as the leaders of Slovenia, Austria and Croatia push for Bosnia and Herzegovina to be included in the final conclusions. This is reported euronews with reference to diplomatic sources.

Three countries felt that Bosnia, which applied for EU membership in 2016 but has not made much progress since then, deserved to be granted candidate status.

Austrian Chancellor Karl Nehammer tweeted today that “when it comes to EU candidate status, there should be no first or second class countries.”

“It should be in the strategic interest of the security of the entire Union, so as not to put the Western Balkans at a disadvantage,” he added.

Control over Metelkyn will not give Russian army an advantage in the battle for Severodonetsk – Vlasenko – news from Ukraine, Regional news

Candidate status for Ukraine is a moral obligation of the European Union: Speaker of the Latvian Seimas – Ukraine news, Politics

Zelensky explains to African Union leaders why there is a grain shortage – Ukraine news, Politics