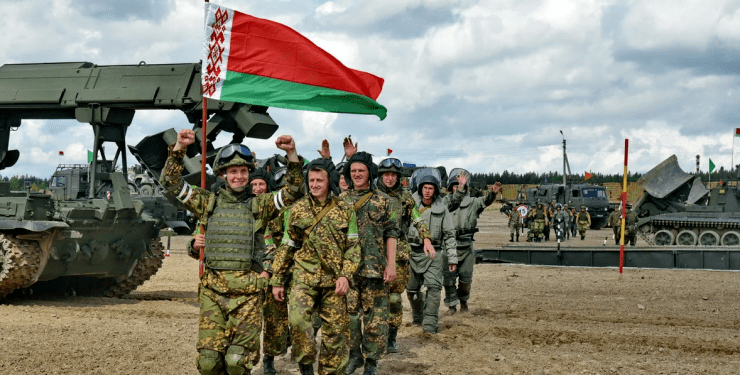 According to journalists, armed men entered the local oil refinery and began to take out fuel from there, fearing that in the event of an invasion of Belarus into Ukraine, our military would strike at it.

In Belarus, against the background of a possible entry into the war against Ukraine, extraordinary activity began in the border Mozyr. Wealthy people began to take their families out of the country or to its northern part. In addition, armed men entered the territory of the local oil refinery and removed fuel from there. About it informs “Channel 24” with reference to sources in the Ukrainian special services.

Probably, the export of fuel from the oil refinery in Mozyr is due to the fact that the Belarusian leadership is afraid of being left without it in case of an attack on the enterprise. Activities at the refinery began on June 22, but so far it has not been possible to establish where exactly the oil products are being exported.

Belarusian business elites began to evacuate their families from the city after 20 June. At the same time, they ensured the export of their own valuables and jewelry.

The Ukrainian special services believe that local businessmen understand that Belarus can start an invasion of Ukraine. In addition, the Armed Forces of Ukraine may begin to strike at military facilities, oil refineries, ammunition depots, etc. in the event of such a scenario.

What are the Belarusian authorities thinking about?

According to journalists, people close to the President of Belarus Alexander Lukashenko are very afraid of the country’s direct participation in the war. However, this is not due to the fact that the Belarusians do not support the war; the generals did not consider the possibility of resistance from the population at all.

The Belarusian military leadership and officials believe that since February 24, the inhabitants of Belarus have not put up significant resistance. In addition, Lukashenka believes that the Belarusians will endure the flow of military deaths in the war. However, no one feels confident in the security guarantees of Belarus itself from Putin.

Recall that on June 23, the General Staff of the Defense Ministry reported that Russia deployed special forces and PMC fighters to Belarus. The military command of Ukraine assumes that the aggressor countries are engaged in the preparation and formation of the DRG.

On June 22, the head of the GUR, Kirill Budanov, stated that there is no threat of invasion from Belarus. According to him, all the activities of her army are not aimed at invading Ukraine.

The occupier to appease the foremen, who stole the televisions and the right cars: he already wrote his “business plan”

it is not yet clear why there are two craters (photo)