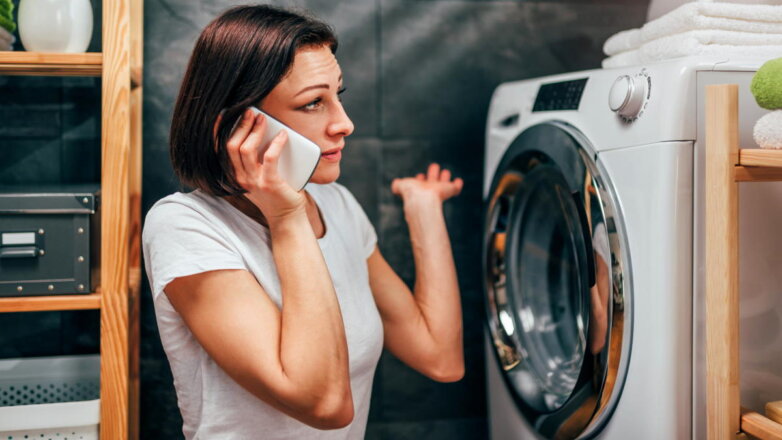 A faulty washing machine can result in dirty or smelly clothes, a flooded apartment, or higher-than-usual utility bills. These and other signs in some cases indicate that the equipment has served its time and is no longer your assistant.

Makes too loud and unusual sounds

If the washing machine starts to run too loud and sounds like it’s about to “take off”, this may indicate a problem. The faster the drum spins, the louder the machine will be. Frequent overloading of laundry can eventually lead to motor or drum failure. This, in addition to noise, is also indicated by the fact that the equipment is constantly shaking during operation. Unsuccessful attempts to correct the situation indicate that the machine may soon fail.

If the washing machine has stopped draining water properly, the washed clothes may not be as clean as they used to be. Dirt particles from previous washes remain in the drum, which prevent clothes from taking on a truly fresh look. First you need to check if the filter of the washing machine is clogged and if the detergent tray is clogged. If cleaning does not help, it is highly likely that the equipment has served its time.

When clothes are still wet after spinning, the problem may be in a worn out motor, due to which the equipment cannot reach the speed necessary to quickly rotate the drum. Another possible cause is a pressure system failure due to blockage. In some cases, the repair will not be justified, and you will have to buy a new washing machine, writes Tom’s guide.

The car is leaking

Puddles under the washing machine often appear due to the fact that the drain hose at the back of the appliance has come off. This is quickly resolved. But sometimes a leak is caused by improper drainage, a broken hose, or a cracked drum. The last one is more serious. In such a situation, you need to decide whether to carry out repairs or it is better to spend money on a new machine.

Can’t get rid of the smell

When laundry smells even worse after washing than when loaded, this is most often due to mold growth inside the washing machine. Mold is promoted by the accumulation of detergents and dirt over time, as well as excess moisture. Therefore, for cleaning, it is necessary to regularly run an empty cycle with vinegar, bleach or other products and always leave the door open after washing. If the smell persists even after regular cleaning, then perhaps the old machine is no longer your helper.

If not working properly, the washing machine can use too much water, which will affect your utility bills. If the equipment cannot be fixed quickly, it is better to consider purchasing a new one.

It is believed that the average life of a washing machine is 10 years. At the same time, it is recommended to replace the equipment after eight years, only if it is not a high-end model that is more durable. Older models are less efficient than newer models that have more advanced features.

A washing machine can last a long time if you follow some simple rules. There are seven common mistakeswhich “kill” this technique.

Roszdravnadzor denied rumors about the shortage of antibiotics based on amoxicillin