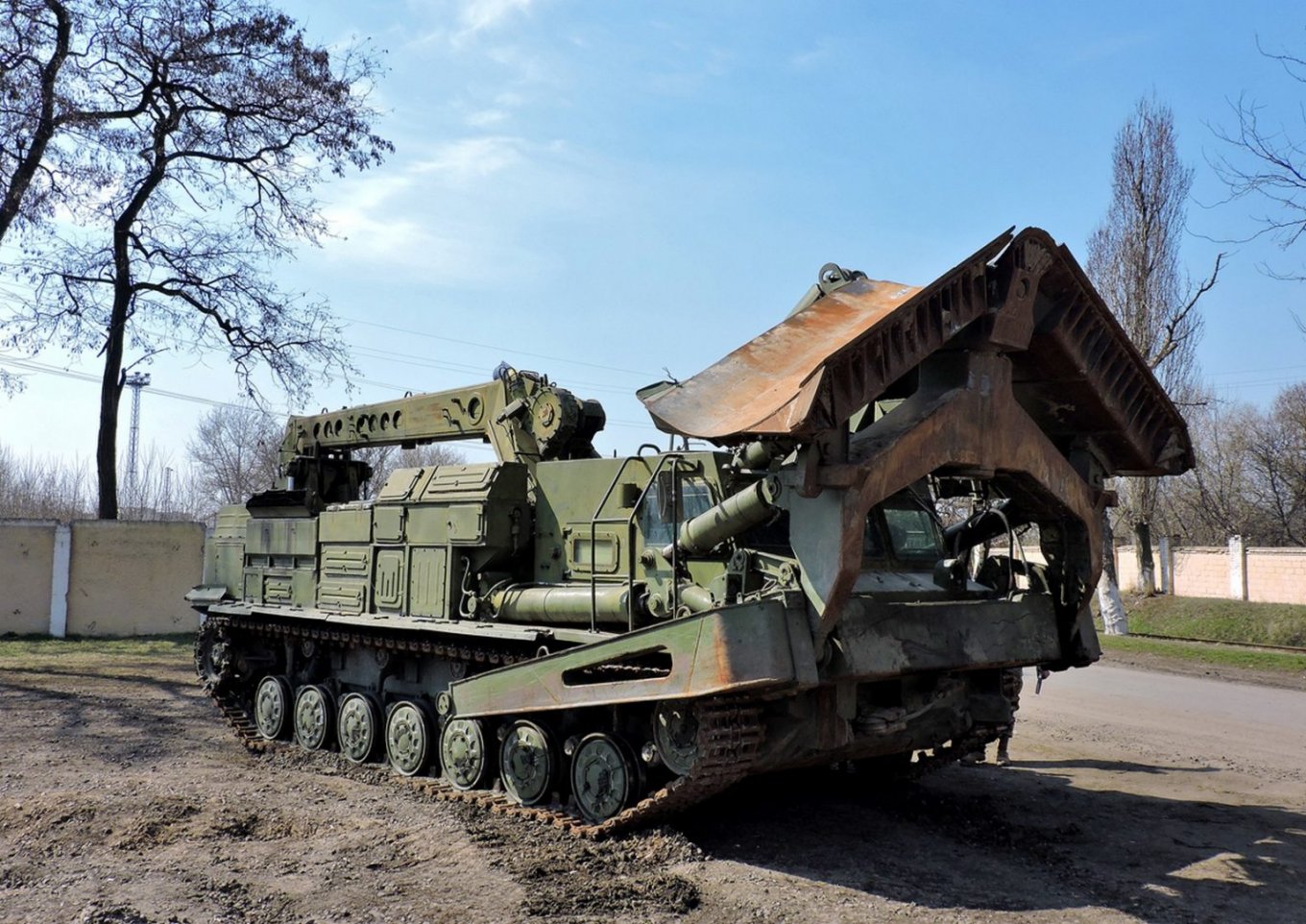 The Nikolaev artillery from the 79th separate brigade destroyed the BAT-2 tracklayer.

Artillerymen of the Nikolaev 79th separate airborne assault brigade of the Armed Forces of Ukraine destroyed the Russian BAT-2 track-layer. About it informs DShV command on Facebook.

The Ukrainian military destroyed one of the rare vehicles of the Russian troops BAT-2. It was destroyed by the artillery of the 79th ODSHB with a well-aimed blow. The peculiarity of the machine is that it is designed for laying column tracks, preparing and maintaining military roads.

BAT-2 was created on the basis of the MT-T tractor, and it was developed by the Kharkov Design Bureau of Mechanical Engineering. The car was produced in a small series. He entered service with the engineering troops. It is operated in a number of countries – Ukraine, Russia, Belarus, Egypt, Syria and others. According to open data, there were 53 of them in the Armed Forces of Ukraine. The exact number of BAT-2s in the Russian army is unknown.

According to the project Oryx, The RF Armed Forces have already lost at least 5 such engineering vehicles. Three were destroyed and two were captured by the Armed Forces of Ukraine.

Recall, on June 14, the Armed Forces of Ukraine destroyed a whole battery of enemy MLRS “Hurricane”. Artillerymen from the 81st brigade of the DShV worked out.

Under the hour of shelling of Mykolayev, the Russians burned at the brotherly grave of the soldiers of the Radian army

In Kosovo, a grenade was thrown at the building of the electricity distribution company